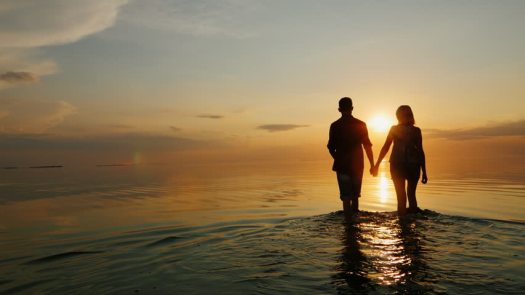 My last post, I made the point that I’m not interested in fawning adoration that leads to possessive marriage. Every woman I know is at a different point with this but it has to do with emotional maturity and financial independence. Most women don’t prefer marriage, from what I’ve gathered, unless they’re getting some type of needed security. But most of us aren’t interested in shallow hook-ups either! Some men get this, some don’t. It’s hard to believe. We know respecting a woman may be a turn-off to most men but you have to show respect to most women. We can tell if you’re sincere or not.

I’ll speak for myself

Friendship, attraction, love, and care are what I want and need. It’s the honest middle ground. Women are human beings. Does it really depend on what culture you come from as to whether you treat women as human beings? This needs to be a universal understanding. Possession in marriage, to some of us, is an insult. I’m a free person with my own life, work, and money. I’m not on the planet to soothe a man’s ego just as he is not soothing mine! Promiscuity is a hook-up with a stranger and is also an insult as I’m not a sex toy or the least bit turned on by strange men, for god’s sake. I guess I’m making the assumption that true love in marriage is Disneyland in my view. I know many disagree with me and that’s fine. I’ll entertain the notion but I’ve been married three times and there has never been true love.

They are two far ends of the patriarchal spectrum that have been dominating our rules of relationships for hundreds of years. Lack of boundaries on the promiscuity end or lying on the possession end with a double standard applied to women allow men to rule the day. For men, getting continual sex by feigning a relationship via marriage has been the ritual. It also raises their status. For women, getting a fake, romantic relationship by giving sex in marriage has been the way women have manifested their true love; our children. That’s not good for women or children. I prefer mutual love with a man, not my children. Children end up rebelling against their parents anyway as it is nature. Women are adults and our roles and skills exceed motherhood. Children grow up and the parents need to let them go! It’s very dysfunctional not to. It’s a bad deal where no ones needs really get met, thus the divorce rate. That, and barely anyone is telling the truth; women or men.

Lovers; Cat-type women could mate with cat-type men. I already posted on it. We tend to be interdependent and intelligent. Being a cat-type woman, I’ve been called strong and stubborn far too much. I am neither of those. In fact, I’m extremely warm, soft, sensitive, and vulnerable inside. It gives me a very strong heart. Stubborn is a misnomer. I know my own mind, what I need and say it and do it myself. That is still extremely taboo in our culture which still places coddling the male ego above everyone and everything else.

Bitches could mate with dog-type men that need a controlling trainer, someone willing to teach them how to be humane and will feed and groom them. If your man tends to be hungry and looks at you like a roast chicken then this may be the one for you. Many women are into this and many men find it sexy. I don’t but that’s because I’m a cat. Still, I don’t judge the bitches! I remember as a young girl realizing I wasn’t willing to function in this role with men. It’s a funny memory and really speaks to my inner nature. I’m finally honoring it without judging myself.

There is Much Wiggle Room

I’m not sure about the rest of the details but they depend on your couple dynamic. Are you polyamorous lovers or monogamous? Cheating on your monogamous girlfriend who is mad at you and has put you out of the house and into the dog house is not a license to be polyamorous by the way. You need to discuss the issue and either move forward or break up. My Twin Flame tried to pull this one. He was treating me like a possible option without telling me a woman with her toothbrush lives with him! I think deep down he’s a cat but he’s acting like a dog at the moment so no doubt he needs a bitch trainer. That’s fine with me. I’m not doing it. He is extremely intelligent, creative, and independent but I think he judges himself for it because most of the men in his culture are not cats. He very much seeks to fit in socially. He does tend to have himself in a provincial, cultural box that makes me want to scream. There is something else holding him up emotionally. I know what it is but I digress. Time will tell.

Men, be careful approaching women you don’t know. Are they cat-like or dog-like? Don’t make assumptions! The same goes for women. You need to know who you’re dealing with and the rest is negotiable.