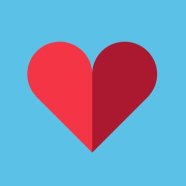 It doesn’t mean anything. When they have sex with you, they’re just being friendly! I just woke up to this and cannot stop laughing over my espresso. All the trouble they have to go through to just to be friendly with a woman! “Why do we make it so complicated?!” they cry. Lmao. And I haven’t eaten breakfast yet.

Oh my. Why do they have to bother with the fake romance and talking, and caring, and buying a drink and the lying about not seeing anyone else? Why do women have to be so human and want to bond and have a relationship? I actually don’t want a relationship with a man. Why would I pine for something that they’re not capable of? Earth is a fallow garden for us. Sex with no love. Oh yeah. Troll sex. No thanks.

I’m back to Rajesh and Penny from Big Bang Theory. Penny says, “Look, sex can ruin a friendship. I just want to go back to just being friends.” (big audience sigh which I hate bc it shows empathy for the fragile male ego but not the love and bonding needs of the female which are noble and elevate the sex bond). Rajesh says, “You can’t ruin a friendship with sex! That’s like ruining chocolate ice cream with sprinkles.” Sex with a woman is analogous to ice cream with sprinkles. There ya have it! And we’re at “Blues Clues” level or maybe Romper Room. Where’s my loot bag from the birthday party? Really guys? Yeah…really. They seem to be set at any emotional level from 2 years old to 18 years old but not very far past adolescence. The ones at the adolescence stage are angry and clever, maybe a bit crazy. If women are going to hobnob with straight men, we really need to accept this state of affairs because that’s their brain set up!
But Penny gets her way. In this scenario, he doesn’t rape her but all over the world, if a woman says “No” to a request, desire, or demand for sex she’s raped. The least that you’ll get is anger and then dissing. Am I good at sex? Hell yes. But you’re not going to find out if you aren’t truly warm and loving to me!!!! Couple that with being a smart ass about it and I’m toast.
If Rajesh was a criminal or they were in another country, Penny would not have been safe at all. This is what women have to look out for constantly with men. It’s documented in a couple books I have, one great one written by the reviled and scapegoated Hillary Clinton called “The Hillary Doctrine”. Fabulous book.

I was just punished by my date! He reeled me in, didn’t get his way, and his way was unreasonable because he wanted me to travel in a snowstorm at midnight just for sex, and dropped me like a hot potato. I hope he suffers something now and I didn’t even have a second date with him. He’s f*d up to do that to a Goddess like me.

And with that, men hurl because, in order to keep us accessible at your level, you have to treat us like manipulative hoes and bitches, which in truth, none of us are. We are protecting ourselves from our proven predators. All women are Goddesses. The Gods can’t even create life. They need Mother Spirit who is the Mother of us all. But she is silenced on the planet and mortal men who would be gods and superheroes tamper with real powers of creation that reside only in the female and do not honor or protect her heart or her power because they are jealous of what they can never be; creators of life. But the men will deny their emasculating admiration for her as long as possible. For that, it’s likely the species will end once again.

8 Replies to “Essay; So, The Men Are Just Being Friendly”