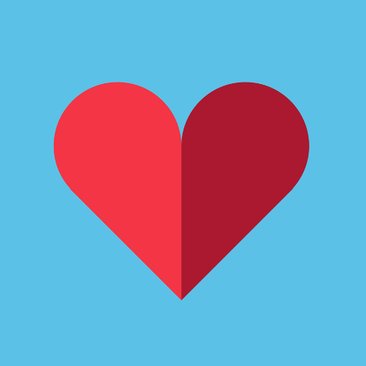 I guess I’ll just see how many people read this to see if I should continue. I could even add my psychic impressions although that’s pretty personal for the other person.

It’s Saturday night and I’ve already gotten 49 views and messages combined on Zoosk that I don’t want because I already met someone I like. I’m proving that there are dating and libido after 50. I’m 55. That’s sunk in now. I’ve finally got it figured out that most of the men are waiting for the woman to show a real interest in them. She needs to perk up and show some sincere “something” or they won’t really chat you up. However, my fella did! Yes, I found someone I like after looking through hundreds of pics and reading profiles. It’s exhausting. No, no, no, no, no, as you click through. Cute, but no. Nice, but no. Hmmm, sexy, but no. Confident!, but no.

Luckily, I didn’t have to figure that out or act on it today because YESTERDAY, a really hot guy with fire in his eyes chatted me up and initiated. OMG. So, there again, I really noted it in my brain how his face made me feel. I was very attracted to his strength with a big heart that I could see in his eyes, and…a bit of grief. None of the other men had that in their eyes the way he did. They had other things in their eyes but nothing I was very interested in. Women understand. Even if a man is very fit, handsome, blah, blah, blah, he has to have that something that a woman can’t put their finger on that makes us sit up and say, “Who is he? Oh my.” And then, I couldn’t stop staring at his face. THEN, he was very emotionally brave, again that’s so hot, and said he wanted to get together and meet me tonight, had time, where did I want to go, and complimented the bejeebers out of me. Again, so hot. For all I know he’s acting. I hear guys do that. Well, he had it down.

I’m a little like a guy in that I don’t like talking or talking about myself, I’m not a typical girl that just speaks right up about what she wants and gets assertive. I’m not bitchy either. When I’m with a man I want him to lead because in every other aspect of my life I’m in charge, the opposite of fertile women who are paying the piper. I’m paid up.

I’m very soft. I am assertive in my own life on behalf of things that affect me. But chasing a guy? No way no how. I have no clue what to say to a guy. I’m realizing that could have hung me up all these years. I never wanted to chase a guy because I’ve never wanted to be married. Not at all. Is my Twin Flame in the back of my mind at this point? Yes. He’s always there and not talking to me. My intuition tells me he’s seeing someone else too. It’s like I don’t exist. So…I’m dating also. What’s good for the gander is good for the goose.

Well, he took care of that and initiated. Thank God! He was confident too and had his own business just like me. We met at a hip joint for a drink, it was very cool, close to my house and was a blast. When he saw me in the window from outside he sort of jumped and came right in and we had a big hug. We are about the same height but he is very trim and fit and younger than me. Still, I think all that was good. I felt like I knew him already. That’s a good sign. We talked and laughed, asked each other questions for two hours and then he had to go. He was headed up north to work on the house he’s building on 40 acres. We had another big hug goodnight and then I texted and thanked him for buying me a drink and he said he really enjoyed himself. We laughed really hard together. It was a riot. I think I may hear from him but who knows. Of course, being a brainwashed girl by our society the first thing I think is, “Maybe I’m too fat for him.” Every girl thinks that when she meets a guy. It’s nauseating. I actually really like my body now for the first time in a long time so I sort of doubt that.

The girl at the hostess stand came up to me after my date left and says, “Sooooo, how’d it go?” Girls do that with each other even if we’re strangers. lol. I said, “You saw how cute he was and how much we were laughing!” “Good job.” Oh my god. I actually had a date. I have no idea about the future nor am I worried. Que Cera, Cera. There are many fish in the sea and I’m fishing, even if I throw them back in. Yeah for me.

6 Replies to “Essay; I had a Zoosk Date”