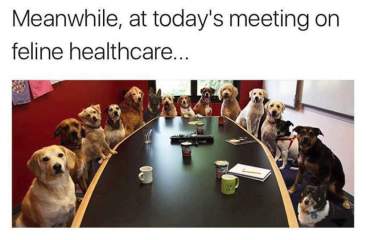 “Science is based on the professional creation and certification of knowledge which is tied to powerful interest groups, notably the state, corporations and the scientific profession itself. Patriarchy is based on male control of dominant social structures and the exclusion of women from positions of power through means such as direct discrimination, socialization and the gender division of labor.

Patriarchy within the scientific community is manifested through male control of elite positions and various exclusionary devices. The scientific method incorporates masculine features such as the objectification of nature. Scientific knowledge is masculine in its neglect of women’s experience and its adoption of paradigms built on assumptions of competition and hierarchy.”-Jill Bowling and Brian Martin, Ph.D.

Here is another article from an expert! It’s longer but VERY interesting.

I woke up this morning, after being hijacked by “a friend” on a thread yesterday and then territorially denigrated in the patriarchal tradition, pondering the question; “Is the scientific method itself horse-and-buggy, materialist, patriarchal B.S.?  Is this possible? Before today, I pretty much supported it, although its methodology seemed very simplistic to me and not at all holistic. Was I the only one wondering if this might be true?

I wonder this because as a fifty-four-year-old female who is trained in science as far as needed in licensed health care, my intuition is as consistent and rational as anything I see or feel in this material world.  I also listen to it.  This phenomenon is mostly ignored, cynically scoffed at, and at best, not understood by most people including my ex-friend who has patently disrespected my intuitive read of the Mayan Harmonic for months now.  He just now told me how much better he is than me which kind of says it all.

My patients have confirmed my hands-on intuition with their bodies for fifteen years so it’s like breathing to me now.  I put my hands on someone and I can feel everything that’s going on. Then they confirm it verbally after I tell them what I sense.  Then I treat on the manifested body and they feel it again. I don’t feel it physically initially; I sense the energetic cause of the physical manifestation which is the cause of all illness; thoughts and feelings or vibrations then I assess and treat tactilely.

My ex-friend, who fancies himself a scientist, knows nothing to very little about the body and doesn’t even work in the sciences. I’ve made my living in healthcare for seventeen years. There are lessons to be learned by all.  For instance, in the last week I’ve learned two lessons:

“Long-term structural change in science must be predicated on changing the relations between men and women.”

This applies across cultures, all over the world.  The real issue of disparity on the planet is between women and men all over the world and the rest of the issues follow.  Women are still treated in a barbaric manner, especially the child bride phenomenon.

“Complementing this approach is that taken by those specifically focusing on the reasons why there are not more women involved in the sciences. Several writers have examined science education, particularly looking at the reasons why girls leave science in their school years. Following the observations that boys get more teacher attention and girls have less confidence in their ability, in Australia, there have been some experiments with all-girls science and mathematics classes.

There has also been an analysis of the way in which science is constructed to reflect male values and suggestions about how to create a different sort of science. Arditti, for instance, argues for a feminist perspective which “would re-introduce and re-legitimize the intuitive approach”.